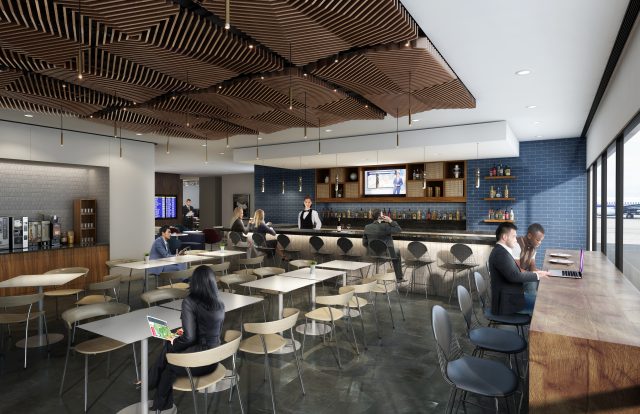 The Centurion Lounge Network, American Express’ state-of-the-art airport lounge collection for Platinum and Centurion cardmembers (and their guests), is lauded for several things: top-tier meal presentations by local celebrity chefs, unlimited cocktails by noted mixologists, and high-design interiors. Our two only complaints about these lounges are 1) there aren’t enough of them and 2) the ones that exist tend to suffer from overcrowding. Thankfully, American Express is on top of both situations. Below, the scoop on the credit card’s strategy for abating lounge congestion and updates on its plans for expansion.

Congestion is a major issue, especially during peak times, at all nine current Centurion Lounge locations: Dallas/Fort Worth, Hong Kong, Houston, Las Vegas, Miami, New York LaGuardia, Philadelphia, San Francisco, and Seattle. So, in March 2019, cardmember visits were officially limited to three hours prior to departure. In addition, American Express officially limited access to departing and transit passengers only (read: no arriving passengers). Though not all lounges were being so strict at first, over the last six months, all the lounges have begun enforcing the new rules.

Layovers are not subject to the time limit

While there was initial panic among some members about this time limit, American Express clarified its policy for those visiting Centurion Lounges on a layover: “We will admit Platinum Card Members with layovers or connecting flights who produce proof of confirmed connecting flight (connections pertain to same airport).” Though it’s not in the fine print, in practice layover passengers have not been restricted to the three-hour limit.

Some lounges have been expanded to abate congestion

A few of the busiest Centurion Lounges have grown in size in the last year. For example, in September 2018, the original Dallas lounge in American Airlines’ Terminal D (near D17) was replaced by a new, larger home in American Airlines’ Terminal D, across Gate D12. The new lounge measures an impressive 12,500 square feet, 3,000 more than the previous location, with new amenities that include three shower suites, private telephone rooms, and a mother’s room plus all the hallmarks of a signature Centurion Lounge. Similarly, the Miami outpost redebuted in January 2019, with an additional 4,000 square feet.

Six new lounges are on the way

American Express has updated us on its path of global lounge domination over the next year, and we’re excited! Though there have been quite a few delays, these new lounges promise to be well worth the wait.

In November 2019, in association with airport developer MAG USA, Amex will open both a Centurion Lounge and an Escape Lounge at Phoenix International airport. In total, the two lounges will span 9,500 square feet and give us more than one reason to arrive early for our flights in and out of PHX (or lengthen our layovers). This is great news, especially considering 44 million passengers pass through PHX annually.

Originally set to open in 2019, the Centurion Lounge at London Heathrow Airport will now open in the first half of 2020 in Terminal 3. The lounge will be a modest 7,000 square feet (half the size of the newer standard of Centurion Lounges) and will house showers, private workstations, and a bar and buffet featuring a new generation of London-inspired food and drink.

Also originally scheduled for a 2019 opening, the Centurion Lounge at New York JFK Airport will now open in the first half of 2020. American Express promises “spectacular views of the airfield, exceptional amenities, and one-of-a-kind design elements” for its largest lounge ever. It will be cast over two stories and across an impressive 15,000 square feet.

Where Can Americans Travel to in the Caribbean Now?