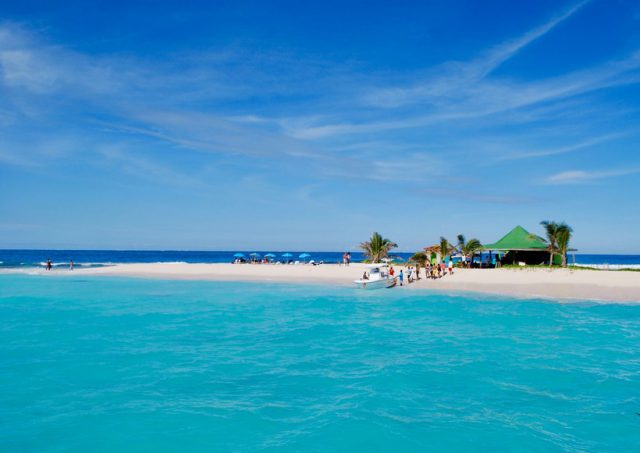 Those of us who like to island hop around the Caribbean know that going small distances often costs a pretty penny and award flights are nearly impossible to find. But that’s all about to change thanks to a new-yet-old partnership between American Airlines and Seaborne Airlines.

While the two airlines have had codeshare and mileage agreements for a while, the ability to redeem American Airlines AAdvantage points on Seaborne has remained much of a mystery. However, as of late September 2019, American Airlines uploaded Seaborne award inventory onto aa.com, making rewards flight as easy as the click of a button—and at the price of a mere 7,500 AAdvantage miles per leg.

For those not familiar with Seaborne, the airline, which was purchased last year by Silver Airways, operates a fleet of four Saab 340 (Swedish twin-engine turboprop aircraft) with a hub in San Juan, Puerto Rico. The airline flies to hard-to-reach islands such as Anguilla, Antigua, Tortola, Dominica, Nevis, Saint Kitts, and Saint Croix, plus some easier-to-reach islands like Saint Thomas, Sint Maarten, and Dominican Republic.

Despite the short distances, intra-Caribbean flights on Seaborne, as well as other intra-Caribbean airlines such as Liat and WinAir, are often pricey. So these cheap award flights present an excellent opportunity to spend less on airfare and more on cocktails.

Adding Seaborne award inventory is the latest step in American’s quest to expand the breadth of its award booking engine and allow passengers to DIY their award bookings (versus calling in). In fact, beyond Seaborne, American has added 10 partner airlines this year to its award search engine, including Qatar Airways and, very recently, Cathay Pacific airlines. While this is a great move in the right direction, American has introduced a terrible new award search interface that does not typically yield results of airline partners. Silly, we know! The work-around is to use American’s old interface by clicking “Advanced/Multi-city search” on the homepage. Once the search window opens, you’ll be looking for inventory on the old interface and be able to access seats on partner airlines. Unfortunately, you’ll need to do this on the full website, as the work-around will not work around the American Airlines phone app.

We can only hope that American improves the new interface sooner rather than later and that the strides it’s made to include awards on partners, such as Seaborne, can be fully realized.