If you’re not familiar with Avios, you should be. Avios is a reward currency used by a number of airlines, specifically British Airways and Iberia. And if you learn how to swap Avios between these airlines, you can easily score free award tickets to countless destinations across the globe.

Where the story gets interesting—and highly rewarding—lies in the two main programs using Avios: British Airways Executive Club and Iberia Plus pull from two separate booking engines when requesting award flights, each of which tends to yield different results and pricing. In theory these programs are supposed to be created equally, but in practice they are not.

The best part is that it’s entirely possible to transfer Avios between the British Airways Executive Club and Iberia Plus programs, meaning you have more award ticket options to choose from and can always go with the best Avios price. Here’s all you need to know about optimizing your Avios currency. 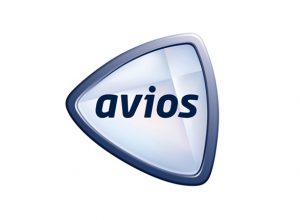 First, what is so great about Avios?

Avios, the frequent flyer currency of British Airways and Iberia, can be used to book award tickets on British Airways, Iberia, their oneworld alliance partners, and non–oneworld partners. That’s a lot of partners—several dozen, actually! In addition, Avios can be used for upgrades and also to defray the cash price of an airline ticket.

Finally, there are often cheap Avios award seats for several prohibitively expensive fares including many of Japan Airlines’ domestic routes (in economy) and many of Cathay Pacific’s intra-Asia routes (in business).

How do I earn Avios?

Avios frequent flyer points can be accrued by flying British Airways, Iberia, oneworld Airlines, and other airline partners. They can also be obtained through sign-up bonuses and purchases with the British Airways Visa and the new Iberia Plus Visa, both issued by Chase bank. And it’s possible to earn Avios through shopping and travel partners associated with British Airways and Iberia.

Naturally, you must first set up an Avios account in order to collect the miles and provide this number when flying or transferring points.

So, how do I set up an Avios account?

You have three options for setting up an Avios account: directly through the official Avios website; through the British Airways website; and through the Iberia website. Note that once set up, each of these accounts will have its own username and account number.

Why would I want to transfer Avios between programs?

British Airways and Iberia might have the same parent company and frequent flyer reward currency, but they pull from different search engines when looking for award flights.

This is important because the search engines automatically create possible flight awards by stringing together partner flights. For example, if we search for a flight from Boston to Milan for June 5, 2018, on Iberia Plus, weget four possible award itineraries with Iberia and its partners. The same search on British Airways yields “No availability.”

Interestingly enough, and another reason to transfer Avios between programs, British Airways and Iberia follow different award charts—sort of.

Both use a distance-based award chart, where a fixed amount of Avios currency is charged for traveling distance bands (e.g., Band 2 is 651–1150 miles, Band 3 is 1,151–2,000 miles, and Band 4 is 2,001–3,000 miles). However, British Airways charges by distance-per-segment while Iberia charges based on total itinerary distance.

So, say you are flying from Chicago to Barcelona via New York City, British Airways will charge Avios for the Chicago–New York segment under one band and the New York–Barcelona segment under another. The sum of these two segments is almost always larger than the single band Iberia will charge.

Are there any more reasonswhy would I want to transfer Avios between programs?

Iberia has several non–oneworld alliance partners, which allow for flight redemptions: Binter Canarias, Royal Air Maroc, and Avianca. You can simply transfer your British Airways Avios over to Iberia Plus and, for 46,000 Avios, be on your way from New York’s JFK to Casablanca (CMN) on Royal Air Maroc’s new Dreamlinerin business class! (Note: You must call Iberia Plus for award tickets on Royal Air Maroc as they are not bookable online.)

Finally, sometimes the taxes and fees vary when pricing out award tickets on British Airways’ search engine versus Iberia’s, leading to dramatically different out-of-pocket award costs.  British Airways is notorious for charging super high taxes and fees especially on flights to and from Europe.

How do I link my British Airways Executive Club and Iberia Plus Avios accounts?

The process is simple.

You need to set up Avios accounts with each airline directly. Be sure that your name, address, and emails match exactly in the personal profile of each account.

Once I have linked my accounts, what is the best way to search for award flights?

We recommend doing the exact same search on both the British Airways’ website and Iberia’s. See who has the best routing, who is charging fewer Avios, and who is charging less taxes and fees. Then transfer the points and book 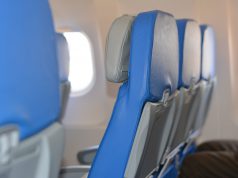 How to Donate Credit Card Points to Support Topical Causes

How to Get Rental Car Elite Status through Premium Credit Cards