Home Comparing Benefits Lounging Around: Where and How to Gain Airport Lounge Access 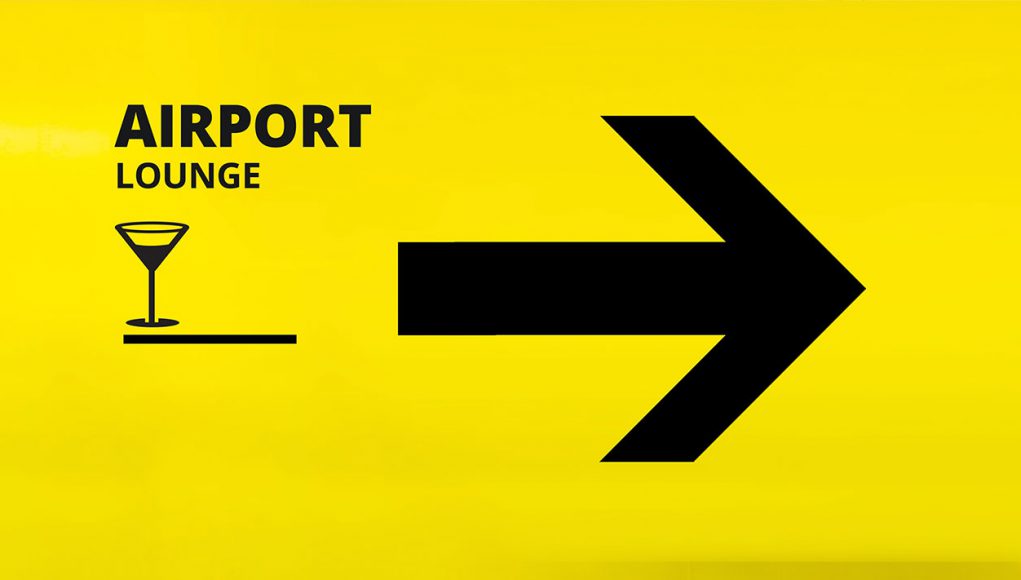 Thanks to a surge in design-forward, amenity-rich airport lounges, much of the glamour in flying now lies in the pre-flight experience. Airport lounges are expanding beyond the basics of Wi-Fi, power outlets, leather chairs, work spaces, table wine, and preservative-laden snacks to include frills like celebrity chef–driven food presentations, top-shelf liquor and artisanal cocktails, plush couches, striking minimalist spaces, and mini spas, in essence fostering the ambience of an upscale hotel. But the best part of this new archetype—it’s usually free.

While lounge access was once restricted to those holding first- and business-class tickets, nowadays it’s your credit card that gets you into the best airport lounges, even when flying economy. Here, our insider’s guide on how to start lounging in style.

What types of lounges are out there, and how do I find out about the lounges at a specific airport?

Almost every major international and domestic airport houses a combination of airline- or alliance-specific lounges, credit card lounges, and third-party lounges (owned and operated independently of any airline or credit card company). The best source for researching any and all lounges within all airports, including amenities, location, and entry requirements, is through the easy-to-use app Lounge Buddy, which has information aggregated by airport, and thus can tailor lounge searches to your airports of departure. Lounge Buddy makes its money through the purchase of lounge day passes where possible (more on that below), but we simply use this app as a source of information.

So how can I get into an airport lounge for free?

Redeem an international mileage ticket in first or business class.
Besides the actual flight, mileage redemption tickets in first or business class may include access to the lounge of your carrier or its airline alliance. This is usually the best way to gain access to flagship lounges on five-star airlines like Emirates, Qatar, British Airways, and Qantas (which are exclusive to first- and business-class passengers and do not participate in larger lounge network memberships). Note that most mileage redemptions for flights within the United States and between the United States and the Caribbean do not qualify for lounge access.

Get a credit card with Priority Pass™ lounge privileges.
The Priority Pass™ lounge network is the largest independent airport lounge access program in the world. It includes more than 1,000 lounges in over 500 cities (representing 130 countries) worldwide. While you can buy into this membership-based network for $399 per year (plus $27 per guest), membership is complimentary with several credit cards, each of which comes with a different guest policy. Credit cards that offer some variation of Priority Pass™ Select membership include: Citi Prestige® Card, Chase Sapphire Reserve℠ Card, MasterCard® Black Card™, MasterCard® Gold Card™, The Platinum Card® from American Express, and U.S. Bank Altitude Reserve Visa Infinite® Card. There are no restrictions on which airline you fly.

Get a credit card that has its own lounges.
In addition to the Priority Pass™ Select lounge network, holders of The Platinum Card® from American Express can enter the company’s snazzy Centurion® lounge network, with clubs currently located in seven major cities (Dallas/Fort Worth, Houston, Las Vegas, Miami, New York [LGA], San Francisco, and Seattle), with two more to come in 2017 (Philadelphia and Hong Kong). These state-of-the-art lounges feature bespoke food and beverage programs by local celebrity chefs and often house an in-lounge Exhale spa, where guests can enjoy a complimentary 15-minute treatment. (Pro Tip: Put your name on the spa appointment list as soon as you enter the lounge to ensure you get a treatment, as the slots fills up quickly.) In addition, American Express operates 10 other cardholder-exclusive International American Express lounges, which are well done but offer less frills than the Centurion® lounges None of the American Express lounges places restrictions on which airline you fly.

Obtain elite status.
Top-level elite status, which is earned from regularly flying a specific airline, can translate to complimentary lounge access, but terms and conditions certainly apply. For example, Star Alliance Gold Status grants access to United lounges if flying internationally on a Star Alliance member airline, regardless of cabin class. (Unfortunately, there is no lounge access for domestic flights.) Likewise, SkyTeam Elite Plus® status (including Delta Diamond, Platinum, or Gold Medallion® members) grants access to Delta Sky Clubs when traveling internationally on a SkyTeam flight or connecting to/from a same-day SkyTeam international flight. (However, Caribbean travel does not qualify as international travel for purposes of lounge access.)

And what are the other (paid) options to get into an airport lounge?

Get an annual membership, specific to an airline.
If you’re loyal to a single airline and tend to spend large amounts of time transferring through said airline’s hubs or in a single airport where the airline has a great lounge, then the hefty fee for an annual lounge membership might be worthwhile. These fees as of 2017 are: $550 for American Airlines’ Admirals Club®, $550 for United Airlines’ United Club, $495 for Delta Sky Club, and $450 for Alaska Airlines’ Alaska Lounge. In many cases, these annual memberships may also get you into partner lounges through the airline’s larger alliance.

Buy a day pass.
You can always forgo the long-term commitment of an annual membership and simply purchase a day pass to an airport lounge. It’s a mixed bag as to which lounges offer this option of a day pass. Thankfully, Lounge Buddy explicitly states which airport lounges have this option in your desired airport and allows for pre-purchase through the app. (Expect to pay an average of $50 per person for airline lounges that offer day passes and around $25–$40 per person for third-party lounges.)